I recently facilitated a panel of development professionals at the statewide Arizona AFP Conference in Flagstaff to discuss the ins and outs of preparing for and launching a major campaign. The session reinforced best practices along with the creativity and flexibility needed to adapt to the bumps in the road that come with any campaign.

Between the panelists and myself, we brought about a dozen or two campaign experiences, a half billion dollars raised and more than a few stories of how campaigns truly bring out magical moments – from motivated donors and serendipity occurrences, to inspired board engagement and giving. 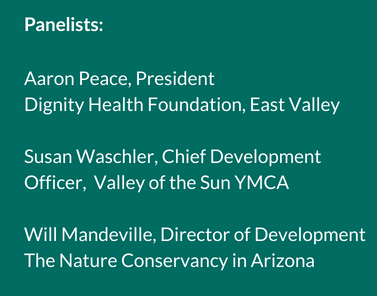 What is a major campaign?

As we got going, the panelists were nodding their heads as I got us all on board with the definition of a major campaign.

Definition of a Major Campaign:

A carefully organized, intensive fundraising effort in a specific amount of time designed to secure extraordinary gifts for specific purpose(s) that propel the organization to a whole new level of achieving its mission & reaching its vision

A major campaign is NOT business as usual and is generally added on top of ongoing fundraising activities (vigorous nods here!).

There are a handful of items that must be done prior to launching a major campaign. 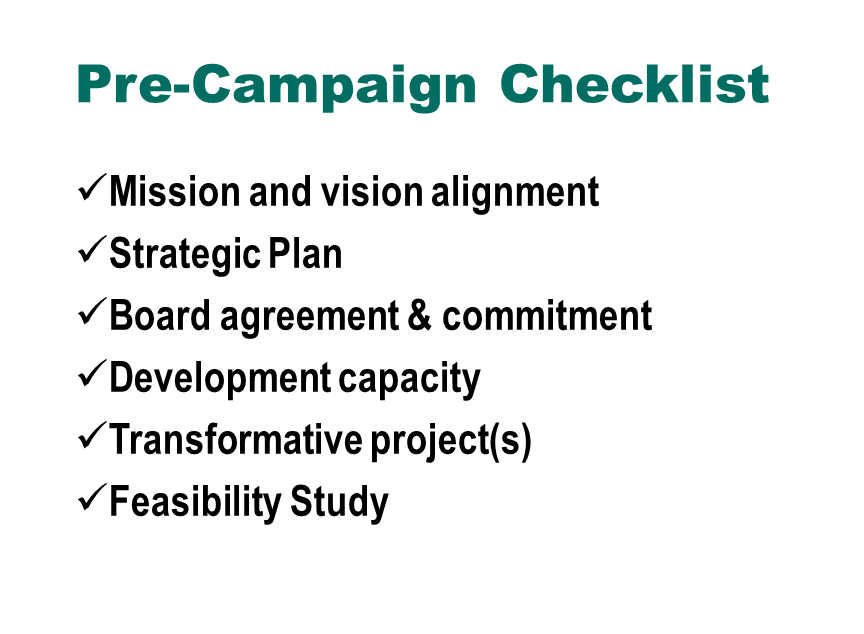 As we looked at the key components of preparing for a major campaign, we heard some interesting stories.

I shared a story to start off on how I’d engaged the board and senior staff of The Nature Conservancy in Washington in launching a year-long strategic planning process to review the mission, vision and plans for the future. The process kicked off with a senior staff and board retreat, many work sessions to follow and finalizing with a retreat to adopt the plan. Board members met with community members, donors and prospects to test the plan, creating top buy in and engagement of the board, which resulted in affirmative top leadership recruitment and outstanding board giving.

Susan shared her journey with a nonprofit in financial crisis with the desire to launch a campaign to resource and rebuild the programs for their mission. They had a lot of work to do including bringing in new energetic leadership, building trust with the board, rebuilding the development program and reinvigorating community programs – all in a two-year effort that resulted in a positive feasibility study and the agreement and commitment of the board to move forward on a capital effort.

Building development capacity is a forward press for all involved in a campaign and Will advised that preparing the board to assess their ability to reach out and engage prospects and donors is key. Will focused a lot of his efforts on helping the board fully embrace fundraising. He oriented them to the development process, built confidence for the case and messaging, provided continuous campaign training with outside counsel, and regularly inspired and enthused them around their role in the campaign.

Creating a compelling case really is at the base of a good campaign and Aaron shared how he engaged his constituents and donors from beginning to end to build their case for support. Starting with a base of grateful patients, Dignity Health built a transformative case by taking a broad look at everything that would be impactful during the full timeframe of the campaign. They engaged everyone and listened to what they wanted to see for their community health services. Whether a $50 donor or a major donor, a patient or member of the community, each person helped form the case with services and how dignity talks about their programs and mission.

So what about the Feasibility Study?

All panelists agreed that you will save time and resources if you have made significant progress on the areas of the check list (which can take 18-24 months) before you launch your feasibility study. If these preparatory steps have not been worked, it likely means you are slow out of the gate on a campaign. Panelists weighed in with a few additional tips:

To do or not to do a study? The answer from the expert fundraisers is: Absolutely, yes! It brings third party objectivity, provides valuable information, cultivates your donors and volunteers and builds your board’s commitment and confidence.

Do you really learn anything from a Feasibility Study that you didn’t already know?

Yes! There are six key areas of campaign success that are assessed and analyzed during the feasibility study. The findings from the study are integral to developing the fundraising goal and detailed strategies for the campaign. 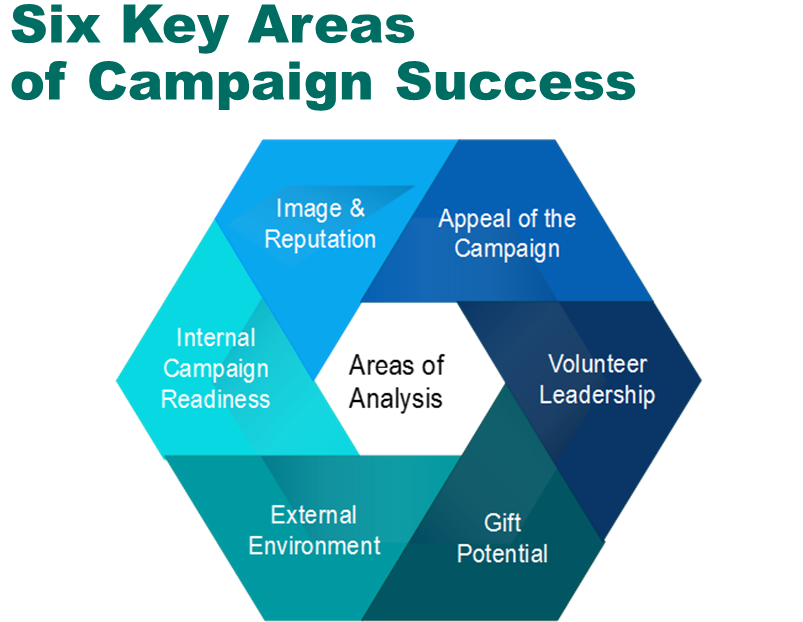 The study that Will was a part of analyzed the other campaigns going on in their community and found that there are usually six to eight large campaigns running at once. This was valuable information and provided an understanding of the external environment. It made them realize that they should not hold back in hopes of having less competition later.

Additionally, they found through the study that when it comes to the environment, donors tend to be from a very specific audience. With this information they were able to customize their messaging and outreach efforts. What surprised him and his colleagues the most, shared Will, was the caliber of person who was willing to talk with them and that was reflective of the study committee’s connections and willingness to open doors.

Susan shared that a surprise in a recent study she staffed was around the appeal of the campaign. They found that donors are most interested in funding the endowment – which was a good surprise. Donors want the organization to be sustainable. They are less interested in building buildings and more interested in programmatic development. These rich insights will help shape their case for the campaign.

As Aaron reviewed the six areas of campaign success, he highlighted that gift potential was ultimately the most important – really focusing with each prospective donor on what their interest is and their potential in giving. “That really provides the information to prioritize the campaign, how and if we go forward in the campaign,” noted Aaron.

Preparing for a major campaign takes the whole package. Is your organization ready? Is your staff ready? Is your case compelling? These are all important. And this is also why it take so long to go through the process.

Bumps in the Road

Sometimes you just need to jump in and work on the pre-campaign items on a parallel track with launching the campaign. Panelists shared some issues that have impacted their campaign timeline, including:

The panel also shared some tips on Board engagement during the campaign, which they all agreed was critical to success.

You constantly need to pay attention to board members and assure that they are inspired and that their work is meaningful and directed to philanthropic priorities. As fundraisers, we have to be creative and use the campaign as a way to build and develop future leadership. I’m thankful to talented professionals like Aaron, Susan and Will who are ready to share their wisdom and honest experiences.

Our panelists concluded with some brief words of wisdom: